© Derek McNaughton Sean Kiernan, the owner of the 1968 Ford Mustang from the film Bullitt, drives it onto the stage at the 2018 North American International Auto Show in Detroit. Adding personal touches to your vehicle can transform basic transportation into an expression of your personality. However, when those […]

© Derek McNaughton
Sean Kiernan, the owner of the 1968 Ford Mustang from the film Bullitt, drives it onto the stage at the 2018 North American International Auto Show in Detroit.

Adding personal touches to your vehicle can transform basic transportation into an expression of your personality. However, when those personal touches extend deep into the body panels, engine, and chassis, the vehicle becomes a unique one-off creation.

Throughout the years, many custom vehicles have captured the attention of enthusiasts around the world. But when there’s only one of them in the world, they’re usually kept under a glass box, only trotted out to attend a Concours event, or to be wiped with a diaper. To put it a different way, if you knew that an animal was incredibly endangered, there’s no way you’d ever think to eating it for dinner, despite how delicious other people say it tastes.

These people chose to eat that animal and discovered that it was the most delicious taste they could have dreamed of. Here are the five rarest cars people actually drove on a daily basis.

The Hirohata Merc is a custom car that was commissioned by Bob Hirohata, and built by George and Sam Barris of Barris Kustoms. The vehicle earned the title of “the most famous custom of the classic era”, but not before Jim McNiel owned and drove it.

In 1959, the car was for sale for $750 in pretty rough shape, but luckily, Jim’s brother knew how to haggle. He got the price down to $500 — which McNeil still didn’t have. He was given some money by his girlfriend’s father, bought the car from the junk pile, and brought it back to life.

McNeil drove the car every day to high school, and while his friends may have not understood its significance, he certainly did. Eventually, McNeil gave the Merc a full restoration back to the original configuration and colour, but retained the Cadillac motor.


GM designer Harley Earl’s vision of a more stylish future ended up birthing the first concept car ever: the Buick Y-Job . While the Buick might not look that different than any other car from the late 1940s or early 1950s, you have to remember that this car is pre-war, hitting the auto show circuit in 1938 and at that point, unlike anything Americans have ever seen.

The Y-Job was more than just a car — it was a signal for the next era of the automobile. No longer would cars be thought of as just transportation. Instead, they’d be rolling sculptures with thoughtful design and careful planning.

Earl drove the vehicle for several years as his daily, until he replaced it in 1951. It was modern enough to stand the test of time, and previewed Buick’s styling 13 years before it would arrive on production vehicles.

This incredible video explains the story better than we ever could, but here’s the gist of it: a 19-year-old kid named Stephen Mitchell bought a Ferrari 250 GTO in 1969 when it was just a seven-year-old race car, way before the classic car craze that skyrocketed the value of the amazing machine.

Mitchell and a few of his friends, who were actors and stunt drivers, would regularly hoon their not-yet-priceless race cars on the streets of Los Angeles and the surrounding race tracks, just as if they were regular cars that anybody could own. He was aware, but uninterested in the fact that the 250 GTO was the most important (and valuable) racing Ferrari ever built.

If being around a troupe of 250 GTO wasn’t enough, Mitchell’s crowd of Ferraris also included the one-off Breadvan, as well as a 250 GT California. The car is now owned by Ralph Lauren, who we’re sure could daily drive it — if he didn’t have about 50 other priceless Ferrari cars to drive as well.

The original 1968 Ford Mustang from Bullitt

© Derek McNaughton
Sean Kiernan, the owner of the 1968 Ford Mustang from the film Bullitt, drives it onto the stage at the 2018 North American International Auto Show in Detroit.


For the longest time, the story of the original Bullitt Mustang was unknown, kept as hidden away as the vehicle itself. Once the owner came forward with the 1967 Fastback for the first time in more than 50 years, the full story was revealed , and it’s almost as unbelievable as the sale price of US$3.85 million.

The car was tossed around Los Angeles for a while, driven by a movie editor and a cop as a daily driver before being sent to New Jersey, where it was placed in the classifieds of the October 1974 edition of Road & Track , listed for US$6,000.

Robert Kiernan bought the vehicle when he was 25 years old and used it as the family vehicle — even his wife would use it to drive to the school where she worked. Despite McQueen himself sending a letter in 1977 pleading to buy the car, Kiernan refused. Eventually, the clutch wore out, sidelining the vehicle until 2019. Of course, at the time, he didn’t know he was driving a car that was so valuable — it was just an old Mustang that had been purchased off of a movie set.


Between 1958 and 1977, Bill Mitchell was GM’s head of design. In his time at the firm, he created some of the most famous (and infamous) creations that the automaker had ever seen. Bill was known for his outrageous designs and equally outrageous sense of style, which often included suits and ties to match the vehicle he was driving that day, or wearing a white tuxedo to work with the clay sculptures.

So, it was known that Bill was a certified baller, but it’s possible the vehicle that most cemented that reputation is one that not many people know about. That is the 1974 Pontiac Firebird dubbed Pegasus, that he drove from his retirement until his death in 1988. This was no ordinary Firebird, though: under the hood was a 4.4-litre V12 from a Ferrari Daytona, which at one point, was the fastest car in the world. Although Mitchell was never the greatest fan of Ferrari vehicles, he must have had a soft spot for that fabulous 352-horsepower V12 engine.

Wed Sep 2 , 2020
But now, after several projects together, they have potentially created a real winner for the Instagram age – by offering bespoke photography tours of Edinburgh’s most beautiful vistas… all from the back of iconic cars like a ‘64 Cadillac. Edinburgh Photography Adventures will offer a tour of the city and […] 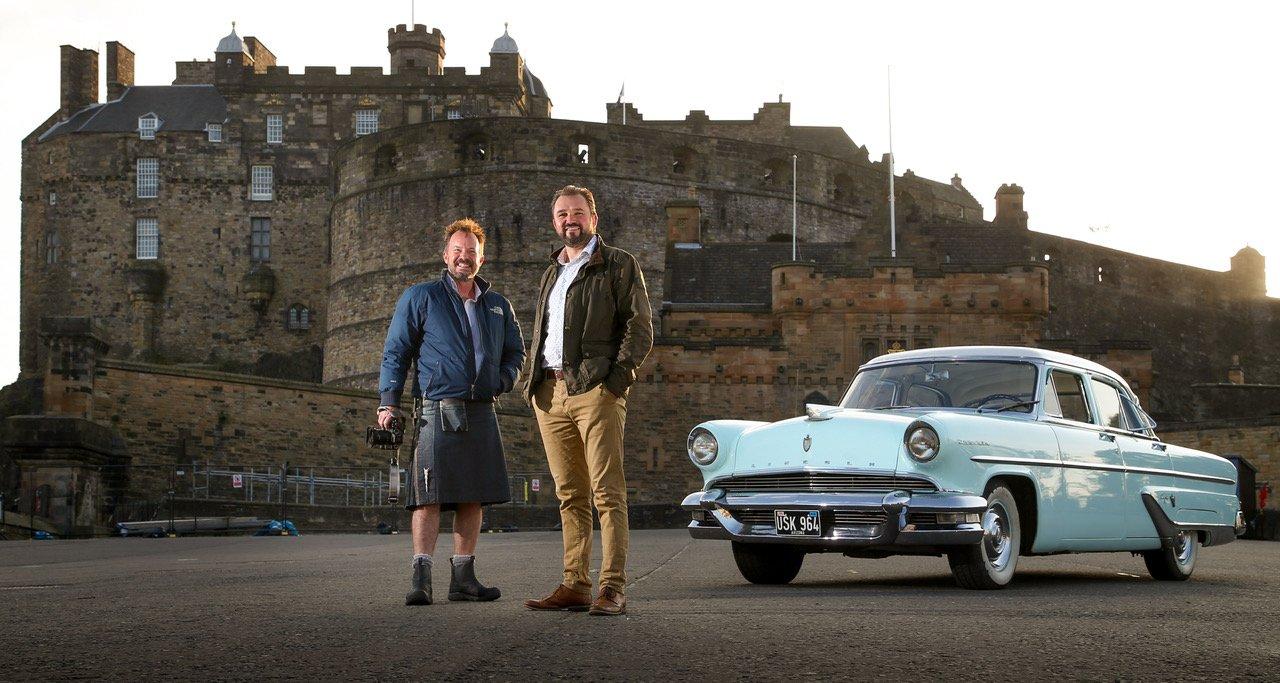