Of the many types of businesses hit hard by the COVID-19 pandemic, from bars to theaters to salons to restaurants, people who work in the bicycle industry are actually having a great year in 2020. With more people than ever looking for ways to exercise that don’t involve being in […]

Of the many types of businesses hit hard by the COVID-19 pandemic, from bars to theaters to salons to restaurants, people who work in the bicycle industry are actually having a great year in 2020. With more people than ever looking for ways to exercise that don’t involve being in gyms, with public transportation creating an elevated risk for viral exposure, and with so many other recreational options off the table for now, riding a bike is one of the best ways to spend time during these strange times.

As much of an unexpected boon as the pandemic has been to Americans who build, repair, sell bicycles, it has also made it harder than ever for someone looking to get a new bike or get an old bike fixed up. Many bike stores remain closed, and finding where to buy a bike online — a decent bicycle, that is — has become a surprisingly hard proposition.

So we did some digging for you and found a few great bikes that are available for order right now online. Just note that most bikes bought online will require assembly, and that often means dropping your new bicycle at a local shop for help, which might mean waiting for another week or two after you get the thing delivered. Patience, folks, we’ll get through this some day, and sooner than later you’ll have two wheels underneath you that will add a bit of fun.

Because you won’t have the benefit of a bike shop pro to help you choose the perfect cycle for your body size, your planned activities, and your fitness level, we also spoke to some experts, like Connor Swegle, co-owner of NY-based Priority Bicycles. Connor shared a bit of knowledge that should help you get the right bike, because the last thing you need is one more letdown in 2020.

He began by saying: “Inseam is the place to start. If a bike is too small, you will feel crunched and uncomfortable. If it is too big, it will feel unsafe. Either way, you won’t ride it and you will feel like you’ve lost a bunch of money, and that’s not a great feeling. Check your inseam and order the right size.

“Next, there’s ‘Use Case.’ Buy a bike that fits the type of riding you will be doing, not what you want your bike to look like. If you want to commute, find something that is set up for commuting. Don’t get a super aggressive road bike if you need good field of vision or a mountain bike if you plan to ride on roads where you value speed.

“Also remember more isn’t more — More speeds, more feature, more bells and whistles don’t mean you get more. It mostly means more stuff to break. Just scale the features to what you need and keep things as simple as possible. Keep in mind that it can appear that 21 speeds means easier to climb hills, but often a 3 or 7 speed internally geared hub can cover the same gear range, without shifting confusion or routine tuneups.

“Finally, there’s price. A cheap big box store bike can have features that look good, such as disc brakes or a lot of speeds, but if the price is cheap, so are the components. Cheap components break.”

If you’ve never been on a fixed gear bike before, be ready for a bit of a learning curve. There’s just one gear here, as the name suggests, so you can’t shift up or down for easier hill climbs or more power on straightaways. But the nimbleness and simple fun of riding a fixed gear compensates for the lack of control, and these are the perfect bikes for urban commutes or weekend suburban fun rides.

This bike is a blast from the past and might look like it belongs in a scene from Stranger Things, but it’s solidly built and ready to roll today. It’s a perfect casual, easy-to-ride bike with a single hand brake, rear coaster brake (foot braking, e.g.), and a single-speed drive train. Both the front strut and seat have spring suspension for a smooth, steady ride. Eight speeds provide sufficient control for uphill, downhill, and straightaways.

This mountain bike probably won’t last you a decade, but for less than $500, it’s a perfectly decent set of wheels. (And in fact it used to cost closer to $675.) Front fork suspension will take some of the jolts and jitters out on rough trails, while the aluminum frame won’t buckle even if you take a few falls.

Rather than a traditional chain, this e-bike from Priority uses a rust- and grease-free carbon drive belt. That means less need for maintenance, less chance of slippage, and less chance of failure. It can get you 50 miles per charge with minimal pedaling and can power assist you up to 20 mph, more than enough speed for some excitement.

If you thought most folding bikes are rather rickety affairs, by in large you’re right. But this one isn’t. So this time… you’re wrong. The Node D7i is a seven-gear bike that can handle mile after mile and is actually quite comfortable to ride; it feels stable and smooth and the high seat post ensures larger adults won’t feel scrunched. It folds down small enough for apartment living, but note it’s pretty heavy at 33 pounds.

If you know State Bicycle Co. at all then you will know the look of this bike’s frame, which matches the brand’s classic road bikes in the 4130 series. But this? This is the ALL Road, and some of those roads can be made of gravel or dirt. While the handlebars are shaped much like you’d expect on a road bike or commuter, the rugged frame and heftier wheels of this bike will let you keep up with your mountain biking buddies out in the back country, then you’ll leave them in the dust in the city. The bike can be fitted with frames to hold gear on both the front and back, making it ideal for longer bikepacking trips or for carrying cargo (groceries, e.g.) in the city.

Yes, $2,100 is a lot of money, but for reference, storied bike brand Cannondale makes bikes that cost nearly five times that much. This is an expensive bike, but you get what you pay for. Like incredible durability in a 20-pound piece of equipment thanks to the carbon frame, and disc brakes that give superb speed and stopping control, 20 gears for ideal riding up or down hill and in varied conditions.

Tyre barriers at Spa-Francorchamps modified due to Hubert accident

Fri Aug 28 , 2020
The Grand Prix of Belgium last year was not a happy weekend. This race will always be dominated by the fatal accident during the main race of Formula 2. Anthoine Hubert died after being torpedoed at the top of the Eua Rouge, also known as Raidillon, by the car of […] 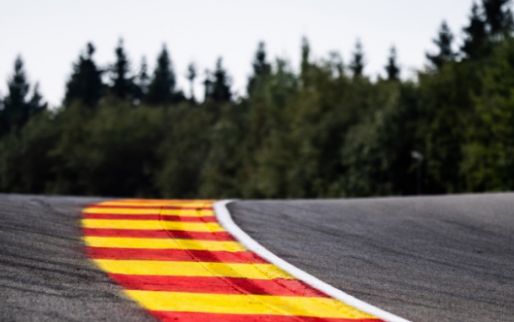