Publicly funded child care providers in California have voted overwhelmingly to form a union, marking what organizers believe is the biggest U.S. union organizing election victory in years.  Roughly 43,000 child care providers will now be able to negotiate with the state over a contract that could impact the funding […]

Roughly 43,000 child care providers will now be able to negotiate with the state over a contract that could impact the funding and training they receive for their work. The election was the result of a 17-year campaign waged by public-sector unions to pass state legislation allowing these workers to bargain collectively.

The workers, who provide child care to low- and middle-income families generally in home-based businesses, get subsidies from the state. They are not technically government employees, but Gov. Gavin Newsom (D) signed a law last September granting them the right to bargain with the state over their reimbursement rates and other working conditions.

After the union vote tally was announced Monday, Miren Algorri, a child care provider in Chula Vista, noted in an online press conference that the win had taken close to two decades. Many child care providers joined the Zoom call from their in-home classrooms.

“This feels surreal,” said Algorri, who is licensed to care for up to 14 children in her house. “But we prevailed because that’s what we child care providers do. We work tirelessly, we don’t give up … and we do it because we care.”

As HuffPost reported in February, providers like Algorri hope bargaining with the state can improve their reimbursement rates and working conditions. Unlike workers in daycare centers, these providers typically work out of their own homes, alone or with one or two assistants, providing care to families who couldn’t afford it without state funding.

Zoila Carolina Toma, who works out of her home in Signal Hill, told HuffPost earlier this year that providers like herself operate like other low-wage small-business owners, doing crucial work but struggling to make ends meet. They receive no sick days and have to find their own health coverage. “We’re on our own ― completely on our own,” Toma said at the time.

The organizing campaign, known as Child Care Providers United, was a joint effort between two heavyweight public-sector unions, the Service Employees International Union and the American Federation of State, County and Municipal Employees. Local affiliates of those two unions will now represent the publicly funded child care providers in California. They said 97% of the workers who cast ballots favored unionization.

It appears to be the largest unionization election since at least 2011 when the American Federation of Government Employees was chosen to represent some 44,000 Transportation Security Administration employees. But due to recent Supreme Court rulings, workers who are represented by the new child care union will not be required to support it financially. That means the organizers must continue a strong recruitment program in order to build paying membership, potentially bringing tens of thousands of workers into California’s labor movement.

Child care experts say low reimbursement rates from the state have exacerbated a shortage of workers in the field. Supporters of the union effort hope that collective bargaining can raise earnings enough to attract more providers. The newly unionized workers are predominantly women and people of color, with Latina providers making up about a third of the workforce, according to Child Care Providers United.

Mary Kay Henry, president of the SEIU, said on Monday’s press call that the coronavirus pandemic has underscored the need to invest significantly in child care. Across the country, child care centers have been forced to shut down and many will likely never come back. But having viable child care options is essential to a full reopening of the economy once the virus is under control. Without it, many workers ― particularly women ― will be unable to rejoin the labor force.

“You have just added 43,000 organized voices into a fighting force that’s going to push back on the worst economic and health crisis of our time,” Henry told the providers on Zoom.

Now that they have won a union election, the workers will need to bargain over their first contract with the state. Nancy Harvey, who runs a child care program out of her home in Oakland, said she hopes they can obtain “livable wages,” an affordable dental plan and some kind of contribution toward retirement.

Tue Jul 28 , 2020
Brad Barket/Getty Images; Dimitrios Kambouris/Getty Images 50 Cent is apologizing to Megan The Stallion for sharing an insensitive meme that mocked the singer who was injured in a shooting earlier this month. On Monday, the “In Da Club” rapper said he was sorry in an Instagram post, explaining that he didn’t […] 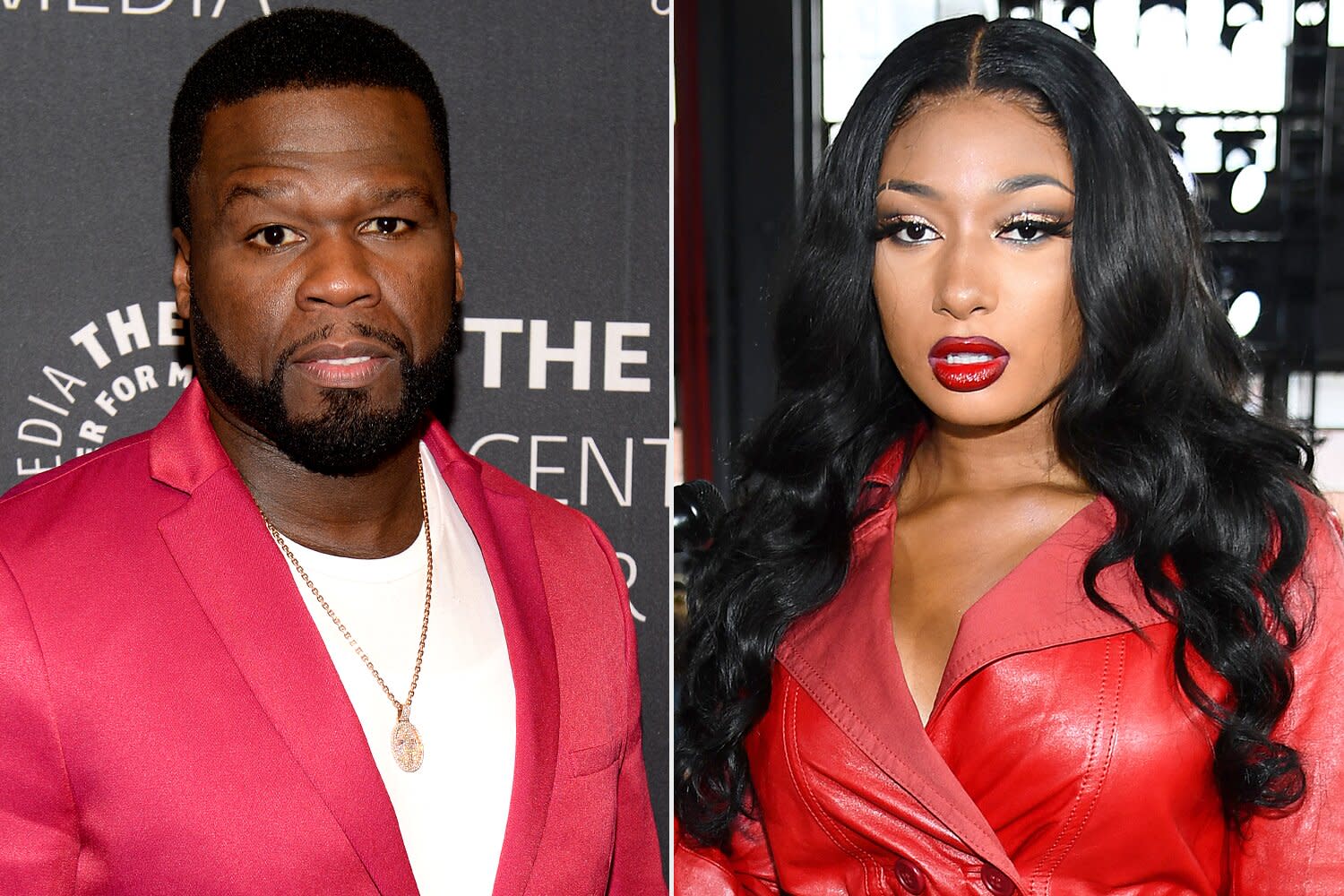