Vernon Livingston found his 2020 census packet strewn on the ground three weeks ago outside his home on the Navajo Nation, presuming it had blown away after someone dropped it off. Livingston, who usually retrieves his mail from a post office, said he dutifully filled out the form and sent […]

Vernon Livingston found his 2020 census packet strewn on the ground three weeks ago outside his home on the Navajo Nation, presuming it had blown away after someone dropped it off.

Livingston, who usually retrieves his mail from a post office, said he dutifully filled out the form and sent it back last week, acknowledging that if he had had to do it online, he might have given up. For some of his neighbors, he said, participating in the census may not feel like a priority these days.

“We don’t have good internet service out here,” said Livingston, 38, who lives in a rural outpost near Window Rock, Arizona, the capital of the Navajo Nation. “That’s just one of many barriers.”

The tribe’s sprawling reservation, the largest in the United States, spans the corners of Arizona, New Mexico and Utah. Many of its desert communities are isolated and lack reliable electricity and internet access that would otherwise make filling out a census form a straightforward task. For census workers, physically ensuring that every home gets forms requires traveling long distances, leaving them at addresses that may not even register on a map.

And that was before the coronavirus pandemic.

Now, work that should have been done months ago and was delayed because of the virus has proven to be a challenge among tribal nations, particularly for the Navajo Nation, in which counting every person is crucial. Dee Alexander, the U.S. Census Bureau’s tribal affairs coordinator, said a census office at Window Rock opened last month and began dropping off census mailers to homes.

“We’re not in normal times,” Alexander said, adding that the bureau is overseeing new radio and video ads to get the word out about the census.

COVID-19, the disease caused by the coronavirus, has battered the Navajo Nation, which as of Tuesday had recorded 8,290 positive cases and 401 deaths. The tribe’s leaders have instituted strict public health orders and curfews to help curtail the spike. While the number of cases among the tribe is on a downward trend, the surge of the virus in recent weeks in Arizona, Utah and other Western and Southern states that reopened their economies earlier has rekindled fears that the worst is far from over.

Homes across the U.S. began receiving notices in March to complete the government survey, which is critical to determine how an estimated $1.5 trillion in federal funding is apportioned and to ensure that states have accurate representation in Congress.

Census forms went out in mid-April to homes that hadn’t responded online or by phone. The Census Bureau had to suspend field operations, including those in tribal areas, for a month and a half because of the pandemic.

Plans to complete the 2020 count by the end of this month have been pushed back to the end of October, and the bureau said it could dispatch up to 500,000 workers to collect information from households that haven’t responded by mail, phone or internet.

Starting Thursday, census takers will fan out to interview those who haven’t responded, beginning in a handful of states and regions, including Maine, West Virginia, southeastern Louisiana and northern Missouri. The workers will be required to adhere to local public health guidelines, including wearing masks and observing social distancing. The bureau anticipates needing to collect responses at about 56 million addresses nationwide.

So far, 62 percent of U.S. households have self-responded.

Elsewhere in Arizona, the Hopi Tribe has a 7.5 percent self-response rate, while the Havasupai, whose reservation is surrounded by the Grand Canyon and has been under an emergency closure, have provided no response.

The Rosebud Sioux Tribe in southern South Dakota has a self-response rate of 14.8 percent; its 2010 rate was 37.7 percent, the bureau said. The Rosebud Sioux were among three tribes in the state that set up driver checkpoints in the spring to curb the spread of the coronavirus, setting off a dispute with Gov. Kristi Noem.

Alexander said that for tribes that have closed their borders, “we have to respect their tribal sovereignty and respect if they don’t want us on their tribal lands, but we want to get that count, as well.”

She said it’s a matter of partnering with the tribes and determining the best logistics, such as identifying tribal escorts who can work with census takers.

American Indians and Alaska Natives living on Native American reservations have historically been among the hardest to count. In 2010, they were undercounted by nearly 5 percent, or about 30,000 people, according to a report in February by geographer Jason Jurjevich, an associate professor at the University of Arizona. Meanwhile, Latinos were undercounted by an estimated 1.5 percent and African Americans by 2.1 percent.

Jurjevich wrote that increased public distrust in government, a digital divide and lingering concerns over a proposed citizenship question on the form could dissuade some people from taking part this year.

OJ Semans Sr., a Rosebud Sioux member who is co-executive director of Four Directions, a Native American voting rights group, said he’s concerned that the coronavirus is only magnifying the obstacles that are preventing full participation. He said he has heard little in the way of discussions among Rosebud Sioux tribal members about filling out the census.

“I’m really, really worried that this is going to be devastating to Indian Country,” Semans said.

But many Native Americans, he said, no matter their tribal affiliations, understand the need for more housing and improved housing conditions, an issue that has grown increasingly dire during the pandemic, with people living in multigenerational housing where there’s no option to socially distance. The coronavirus, he said, has also made access to health care more urgent.

Having an accurate census count can inform tribal officials as they seek federal funding for health care, housing, transportation, education and other needs. The roughly $2.2 trillion coronavirus stimulus package Congress passed in March included $8 billion for tribal governments, divvied up based on their census figures.

While the delayed disbursement of the money became the center of lawsuits against the Treasury Department, the funding also raised concerns about distributing money based on incomplete census data instead of tribes’ own enrollment numbers.

Semans said he’s worried that the multitude of obstacles is “going to keep us from getting the accurate count once again.”

But Alexander, a member of the Cheyenne Arapaho Tribe of Oklahoma, said there’s still time for tribes and census officials to redouble their efforts and improve participation.

“The tribes know that the numbers are power,” she said.

Wed Jul 15 , 2020
Parliament Live Raising taxes would be “dangerous” and make it harder for Britain’s economy to recover from the coronavirus pandemic, Labour’s shadow chancellor has said. Anneliese Dodds on Wednesday warned that Labour’s support would not be guaranteed if the government went ahead with a rise in capital gains tax, warning […] 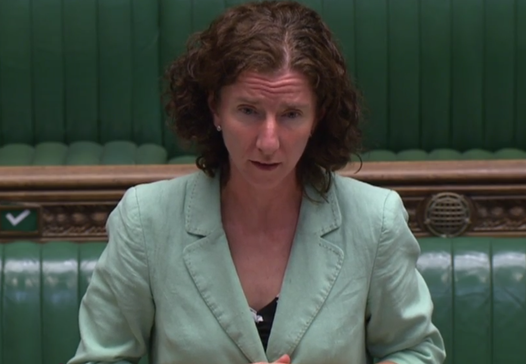