ASHBURN, VA — Damion Robinson was traveling on his motorcycle last month to a friend’s house to take care of their dog. Only a half-mile from his home in Ashburn, a car suddenly pulled out in front of him. The car crashed into Robinson, leaving him seriously injured. Robinson, 27, […]

ASHBURN, VA — Damion Robinson was traveling on his motorcycle last month to a friend’s house to take care of their dog. Only a half-mile from his home in Ashburn, a car suddenly pulled out in front of him. The car crashed into Robinson, leaving him seriously injured. Robinson, 27, died from his injuries a few hours later at a nearby hospital.

Robinson’s death has created a major void in the life of his family and friends who are missing the energy and joy he brought to their lives.

Robinson’s girlfriend, Selena Drincic, wants the public to know her partner in life beyond the statistic of another traffic fatality. Robinson was a son, a brother, a friend, and to Drincic, her boyfriend of the last seven years.

“Damion has lived within the Loudoun community for over a decade and a half. The loss of his life cannot be pushed aside as another crash,” said Drincic. “This is important due to many fatalities similar to Damion’s story that have been treated like another traffic incident within Virginia.”

Robinson loved and respected motorcycles. His dream of owning a motorcycle came true last fall when he bought a new bike. Choosing a light gray and bright orange motorcycle was not by accident. He was very calculated in his choice because he knew that motorcyclists were vulnerable on roads, so he wanted to make sure his motorcycle was seen, according to Drincic.

The crash at the intersection of Bles Park Drive and Rock Creek Terrace occurred at around 11 p.m. on June 7. Damion died from his injuries at Reston Hospital in the early morning hours of June 8.

Bles Park Drive is a wide open road with clear visibility. There are no signs, buildings, or shrubbery blocking the views of drivers traveling north and looking to turn left. Robinson had the right-of-way as he was traveling southbound when the person who struck him was attempting to make a left turn, authorities said.

On the night of the fatal crash, Rachel Owens of Ashburn was driving a 2018 Dodge Challenger. She told Loudoun County Sheriff’s Office investigators that she did not see Robinson — even though his motorcycle had “eye-catching headlights,” according to Drincic — when she was attempting to turn left onto Rock Creek Drive.

Owens did not respond to a request for comment from Patch about the incident.

The police crash report states: “Driver 1 stated she was talking to her passenger and did not see” Robinson’s motorcycle coming from the opposite direction when she was attempting to make a left turn.

This “I didn’t see him or her” explanation is well known within the world of motorcycle and bicyclist fatalities. Addressing this attitude, for example, has become the Motorcycle Awareness Campaign’s primary goal due to the statistics showing that most motorcycle crashes occur due to a “I didn’t see them” type of attitude.

Drincic wants other families who have lost loved ones in motorcycle accidents to feel free to reach out to her at [email protected] as a way to talk about their loved ones and discuss how the consequences for drivers at fault tend to be minimal as long as the police determine the person was not driving under the influence or speeding.

In the case of Robinson’s death, the LCSO reported that the driver had not been drinking and was not impaired in any other way. The crash report also states Owens was not speeding.

Damion’s cousin, Quentrell Wilson, has started on an online Justice for Damion petition calling on the LCSO to upgrade the charges against the driver from reckless driving to involuntary manslaughter.

Drincic told Patch that she doesn’t think the Justice for Damion petition will increase the charge against Owens. “This is our attempt to show the community’s support, anger and sadness in regard to how Damion passed” and how the driver “is getting a misdemeanor for taking his life,” she said.

As she has taken walks through the neighborhood since Robinson died, Drincic told Patch that neighbors have come up to her to express condolences and tell stories about Robinson. One woman recalled that Robinson would drive much slower than the 45-mph speed limit on Bles Park Drive, while other motorists weren’t as careful, often using the straight and open road to drive extremely fast.

“It was interesting to hear the point of view of others who barely knew him,” Drincic said. “Even if it was a minuscule comment, it meant the world to me. I know a lot of people talk about people driving so fast on that street and I would never, ever want him to be connected to that.”

Robinson would always wear the proper jacket, pants, gloves, boots and other gear, even on hot days, that would give him a better chance of escaping serious injury if he fell off the motorcycle.

Drincic said their plan was for her to eventually get a smaller motorcycle, so they could go out on rides together. “He was excited for me to get mine later on this year so that we could have time together,” she said.

Drincic, who works as a dental hygienist, said she took extra time off from work during the coronavirus crisis to protect Robinson, who had asthma. She said she was scheduled to go back to work at the dental office on Monday, June 8, the day that Robinson died from his injuries.

When Loudoun County Sheriff’s Office detectives arrived at her home to let her know what happened, Drincic said she was surprised to hear them tell her how cooperative the other driver was instead of simply passing along all the facts of what happened.

It wasn’t until Drincic and Robinson’s family received a copy of the police crash report several days later that they learned that Owens had stated to the LCSO she was talking to her passenger when she was attempting to make the left turn. The detectives did not mention anything about the driver talking to her passenger when they arrived at her door on the morning of June 8, according to Drincic.

“If you put those two together in a sentence — I was talking to my passenger and I didn’t see him — what does that spell out for any of us? Distraction,” she said.

The crash means family and friends will no longer get to enjoy the light he brought into their lives. “He was so gentle with his words,” said Drincic, adding he was a “huge family man,” especially to his nieces and nephews.

Last week, on the one-month anniversary of Robinson’s death, Drincic wrote a tribute to him on her Facebook page:

“You truly are the kindest & the bravest person I know. You showed patience in time of hostility. You showed love in the face of hatred. You showed a level of understanding in the face of ignorance. As much as you saw the ugliness in people you always appreciated when beauty was shown through.”

This article originally appeared on the Ashburn Patch 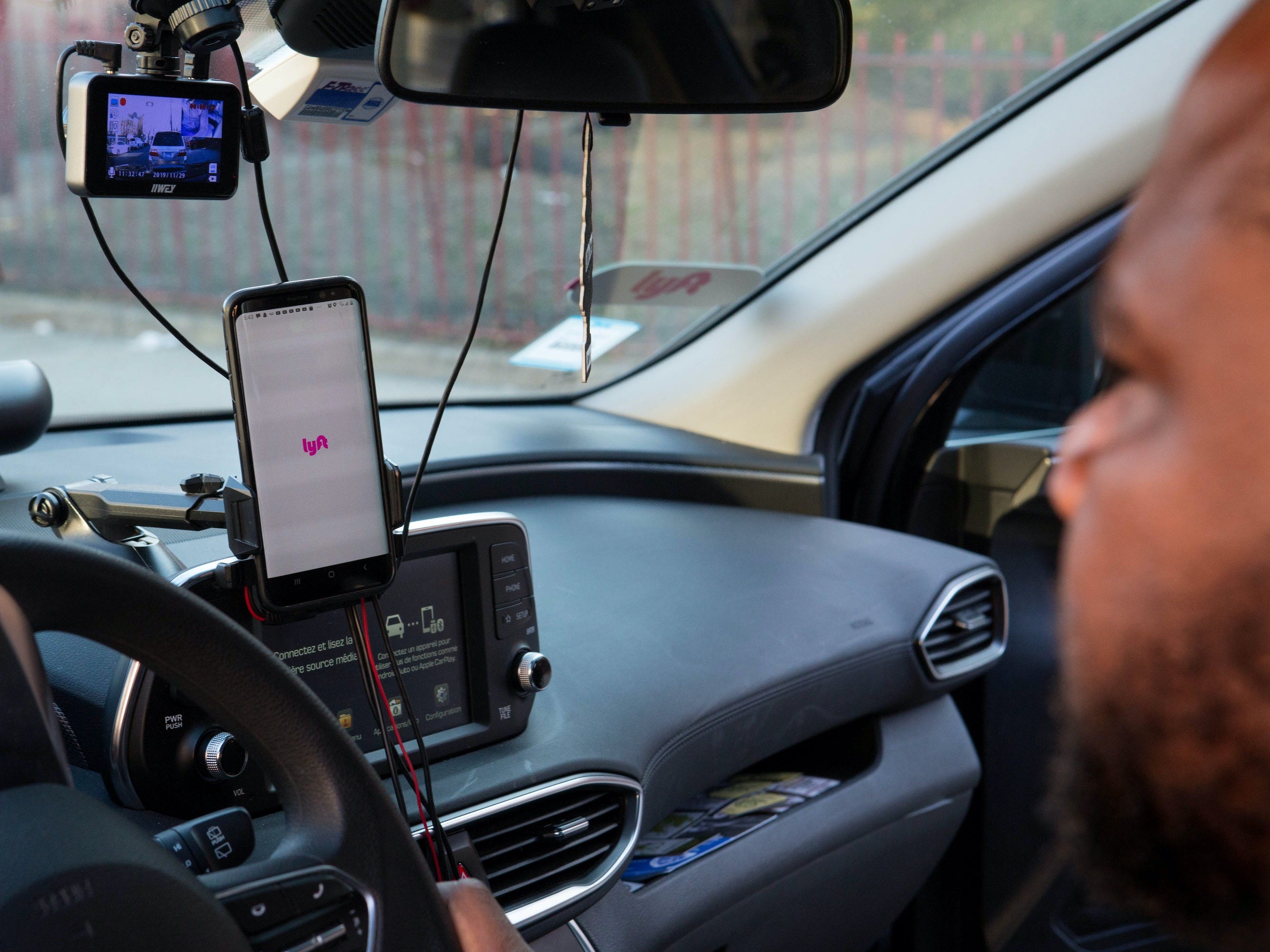