The year is 2001, and unlike the future predicted by Arthur C. Clarke and Stanley Kubrick in the genre-defining science-fiction film of the same name, we have not yet perfected interstellar travel. However, thanks in part to another movie, some of us were flying through the streets in glowing, otherworldly […]

The year is 2001, and unlike the future predicted by Arthur C. Clarke and Stanley Kubrick in the genre-defining science-fiction film of the same name, we have not yet perfected interstellar travel. However, thanks in part to another movie, some of us were flying through the streets in glowing, otherworldly vessels. We’re of course talking about 2001’s The Fast and the Furious and its role in bringing the tuner scene—for better or worse—into the mainstream.

The effects of the Fast and Furious franchise were wide reaching, with everyone in the industry wanting in on the neon underglow action, including GM. For the 2001 SEMA show, the General brought out a modified Chevrolet Malibu to prove that bow ties could be JDM-tight (yo), too. Called the Malibu Cruiser, the concept was a product of its time probably not meant to survive long beyond its appearance at SEMA. But nearly 20 years later, it still exists—and it’s for sale.

Though nearly $8,000 sounds steep for a 20-year-old Malibu, you do get quite a bit of upgrades for the money. The Malibu’s stock 3.1-liter V-6 was bored out to 3.5 liters and custom fitted with a turbocharger. According to our friends at Hot Rod, the setup made 230 horsepower and 286 lb-ft of torque in its heyday, routed to the front wheels via a four-speed automatic transmission. The concept has all the look and feel of a vintage project car, still sporting the Sublime Lime green exterior paint from its debut, along with a lowered suspension, custom front and rear bumpers, custom side skirts, a carbon-fiber rear wing, clear head- and taillight lenses, and a set of 19-inch Mille Miglia Evo wheels. Inside, you’ll find Sparco bucket seats front and back and carbon-fiber trim galore.

Apparently, this car has been kicking around in the underbelly of the collector-car market for some time. Earlier this year it was listed on eBay with a Buy It Now price of $12,900, and as far back as 2009 it was up for auction via Barrett-Jackson. It’s unclear how many times the car has changed hands in its lifetime, but Danny Oberg, owner of Knucklehead Garage in Grand Island, Nebraska, has had the car for the last three years. He purchased it because he liked the execution of the build and the fact that it’s a one-of-one concept car. Oberg says the Malibu has a VIN and title, and is therefore street-legal. Strangely, the VIN identifies the car as a 1997 model, the first year for this generation of Malibu. SEMA show cars have a reputation for being pieced together at the last minute, so perhaps GM just grabbed a car it had lying around and started modifying it in order to make the 2001 show.

Despite being an earlier model, the mods on this concept are clearly period-correct. So if you want an early-2000s time capsule that looks like it could have come straight off the set of The Fast and the Furious, here’s your chance

Tue Aug 18 , 2020
Within 24 hours on the same block, three sink holes popped up in Jefferson County. Crews predict it will take days to repair the gaping holes in the ground. JEFFERSON CITY, Tenn. — Crews in Jefferson City are working to repair three large sink holes that formed over the weekend […] 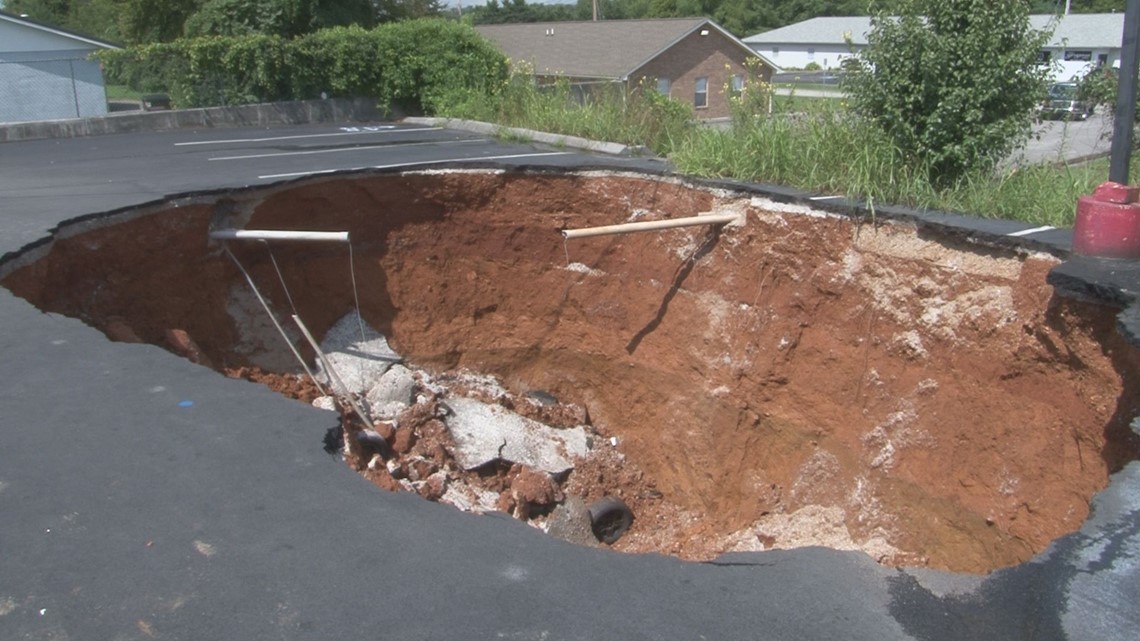