The Wednesday wait is on, with two key things in focus: The Fed meeting that wraps up after lunch and today’s congressional testimony from tech executives where they’re likely to be grilled on alleged anti-competitive practices. As we said the other day, it would be a “moonshot” headline if the […]

The Wednesday wait is on, with two key things in focus: The Fed meeting that wraps up after lunch and today’s congressional testimony from tech executives where they’re likely to be grilled on alleged anti-competitive practices.

As we said the other day, it would be a “moonshot” headline if the Fed actually did anything on rates, but you always should consider listening to what they have to say.

Then you have executives from Apple Inc (NASDAQ: AAPL), Amazon.com Inc (NASDAQ: AMZN), Facebook Inc (NASDAQ: FB), and Alphabet Inc (NASDAQ: GOOGL) (NASDAQ: GOOG) on Capitol Hill. With this hearing, market impact could depend on the line of questioning. Is it going to be about breaking them up and going after monopolies? There’s likely to be some grandstanding, as you often see with these sorts of things. But how serious will the discussion get?

Speaking of FB, another thing to hold tight for is FB earnings after the close (see more below).

With so much ahead, stocks look like they might chop around both sides of unchanged this morning. There are some positives, however, with the Cboe Volatility Index (VIX) dipping under 25 for a while yesterday and crude getting a lift this morning as inventories fell. Bonds were also up a bit earlier. The VIX move could be looked at as significant, because 25 has often been a support level.

Even while people wait for stuff to happen, there’s other stuff that already transpired. General Electric (NYSE: GE) rose in pre-market trading after the company reported better revenue. Boeing Co (NYSE: BA) initially fell after a worse than expected earnings report but then edged higher. Sadly, Reuters reported that BA confirmed it’s going to stop making the massive 747 after 2022. It’s the end of a 50-year era.

General Motors (NYSE: GM) shares revved up a bit in the pre-market after it reported narrower than expected losses. The road is still rough in the auto lane, but GM continued to benefit from rising average vehicle prices. Analysts say the company’s crossover and pickup divisions are doing well, and those vehicles tend to command a higher sticker.

Another company getting a lift early Wednesday was chipmaker Advanced Micro Devices (NASDAQ: AMD), which lifted its forecast and reported results that looked pretty amazing. Then there’s L Brands (NYSE: LB), whose shares shot nearly 20% higher in the pre-market after the company announced cost-cutting measures. If there’s one thing investors tend to agree on right now, it’s that they want to hear about how companies will slash expenses. Those who do seem to be rewarded.

Surveying the landscape after Tuesday’s disappointing finish, squabbles in Washington could be starting to drag. Negative headlines showing the two parties far apart on stimulus came out as the session advanced, and while you can almost never directly connect selling to a news event, the evidence here seems pretty solid.

Tech came back under pressure Tuesday, which has been pretty much the trend over the last two weeks. At the same time, some of the “reopening” travel stocks got a bid Tuesday, including Royal Caribbean Cruises (NYSE: RCL) and Wynn Resorts (NASDAQ: WYNN). Perhaps this means there’s budding optimism on the virus front.

Announcements from Pfizer Inc (NYSE: PFE) and Moderna Inc (NASDAQ: MRNA) this week about their vaccine trials seemed to give the reopening trade a bit of a boost. PFE shares shot up nearly 4% yesterday despite a lack of any real earnings fireworks as the company announced the start of its Phase 3 trial.

Seeing PFE raise its 2021 guidance probably didn’t hurt, and might have some investors anticipating a lift from vaccine sales. When you do the math, it does sound like a lot of money for any of the companies if they succeed in their trials and can get production and distribution challenges solved. On the other hand, some firms say they’re not looking to profit from vaccine sales, so there’s that to consider.

Whether those companies profit or not, there’s a definite connection between the reopening stocks doing well and the vaccine news. Hopes for a better 2021 at hotels, airlines, casinos, and cruise ships if a vaccine is available probably helped drive those beaten-down shares Tuesday, one analyst noted.

However, the travel sector remains down dramatically from earlier this year and it’s not too likely to get a daily shot of adrenaline from positive vaccine developments. Anyone getting into travel and leisure stocks should probably consider their time frame, because it could be a long game.

The Fed is also playing the long game, keeping the brakes on any rate hikes for maybe years to come. The meeting ends today at 2 p.m. ET, and we’ll then hear from Chairman Jerome Powell. Though the futures market shows no chance of a rate move, it’s always possible the market itself could move based on Powell’s comments. He’s been known to have that effect, so anyone thinking of going in or out of the market this afternoon might want to take extra care.

It’s the end of the month Friday, so some of the profit-taking seen in Tech the last few days might be related to that. Does it mean things will improve when August arrives? Don’t count on it. While obviously we could see Tech revive, the stimulus concerns might keep the market from making any strong upward moves for the moment.

The earnings feed scrolls over to Facebook after the close, making it the second “FAANG” to report ahead of the “final three” tomorrow afternoon.

The pandemic already has put a strain on advertising revenues across social media tech giants. For FB, the virus is now only one factor to consider. There’s concern going into earnings that sales might be drowned out by hundreds of advertisers boycotting the platform.

While the boycott could get lots of attention when FB reports, so will the usual factors like monthly user numbers. Last week, Twitter Inc (NYSE: TWTR) reported earnings showing a big gain in active daily users—maybe pointing toward similar strength for FB. You could also argue that FB’s valuation—at least compared to some of the other FAANGs—looks a bit lower than its peers’.

Some analysts say they think FB can pull through despite the controversy because it’s such a unique platform. Then you have those who say other companies—including other FAANGs—might be making the fight for ad dollars more challenging. Apple (AAPL) and Amazon (AMZN), for instance, are starting to make it harder for Alphabet on that front.

CHART OF THE DAY: DEFENSE ON FIELD? This chart comparing S&P 500 Utilities (IXU—candlestick) to the Tech sector (IXT—purple line) only covers the last month and doesn’t necessarily have any huge implications. That said, it’s interesting to see the traditionally “defensive” Utilities outplaying the high-flying Tech sector over this time period. Does this mean more investors getting concerned about rising caseloads and lack of a new stimulus? Data Source: S&P Dow Jones Indices. Chart source: The thinkorswim® platform from TD Ameritrade. For illustrative purposes only. Past performance does not guarantee future results.

“Triple-A” Day Coming Up: All three of the big-A companies report Thursday afternoon with AAPL, AMZN, and GOOGL basically at once. It’s likely to be a bit crazy. Their shares have been playing a little defense lately, and a weaker than expected consumer confidence report yesterday didn’t necessarily help.

AAPL is typically the most widely-traded stock in the market, so its earnings could stand alone even amid all the other heavyweights. Investors have quite a task trying to wrestle together all the different elements of AAPL’s quarter, including iPhones, store openings and closings, services, and wearables. It’s definitely a financial buffet. Guidance will also likely be closely scrutinized.

GOOGL, like FB, depends a lot on the uncertain advertising environment. AMZN is going to be a double-header, with focus on both cloud service revenue growth and how it did in online product sales during the stay-at-home environment of Q2.

What Dollar Weakness Could Mean: The U.S. Dollar Index ($DXY) has gone through different phases this year. It started the year relatively strong, then went into a consolidation phase, followed by a decline that took it down to 2018 levels. This has been great for commodities, with gold, copper, and silver prices all rising. It’s also good for U.S. multinationals since it increases foreign buying—U.S. goods become cheaper for them. But it becomes more expensive for U.S. buyers to purchase foreign goods. It also can sometimes make U.S. companies more attractive as buy-out candidates for overseas firms, though it would likely take a low dollar for much longer in order to see much of that.

Gold’s Rally Not Holding Back Stocks…Yet: Gold is probably giving us a warning, but the market continues to chug along higher (yesterday was an exception) and has been steadily climbing pretty much all year even in the face of gold’s amazing rally. Strength in gold often reflects uncertainty and risk-off trading, but stocks aren’t really reacting yet. Basically, gold’s surge to a record high would be more concerning for the overall market if the 10-year Treasury yield were declining and the Cboe Volatility Index were rising. Until we see the other two indicators support what’s going on in gold, the stock market isn’t necessarily going to be held back by gold’s advance. You need a combination of things, more likely.

The levels to watch with the 10-year yield are the recent intraday low of 0.57%, and below that 0.5%, which corresponds closely with its low close for the year back in early March. A test of that level might be an alarm bell for stocks. It recently traded near 0.6%. The VIX has stayed below 30 for a while and remained tame Tuesday despite the market’s setback, but a shot back up to that level or higher might raise some eyebrows. Either of these developments in combination with gold’s new highs might be more meaningful as a potential brake on equities.

© 2020 Benzinga.com. Benzinga does not provide investment advice. All rights reserved.

Wed Jul 29 , 2020
The pandemic has wreaked havoc on the economy, with over 11% of Americans unemployed and tens of thousands of small businesses forced to close forever. In many households, the need to bring in extra cash is urgent — but where can you turn when you’re stuck social distancing at home? The […] 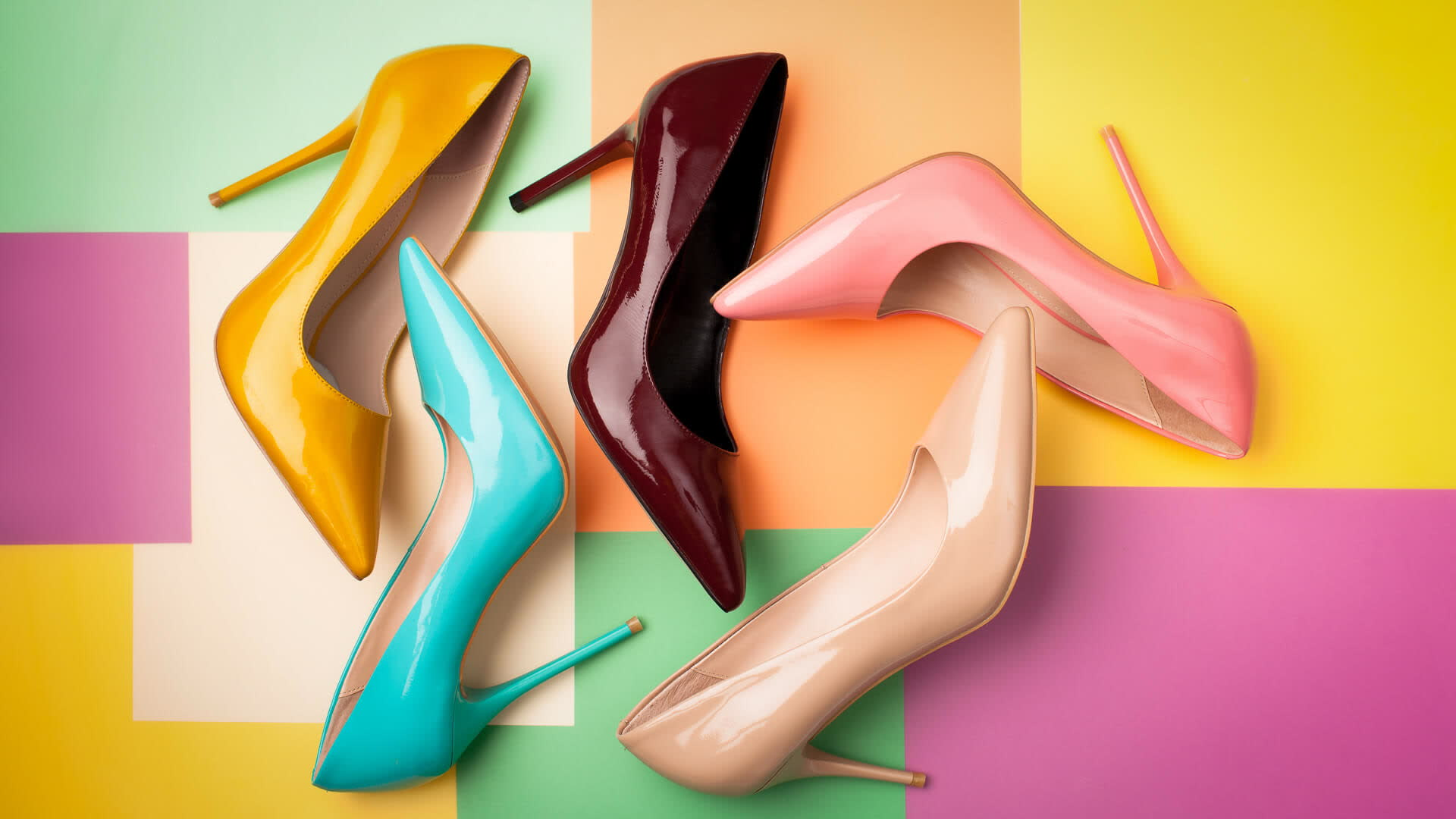